January is the big month for buying gym memberships. The excesses of the holiday season leave many of us looking to make improvements in our lives – a search that often leads straight to the elliptical machine.

But what about your job and career? How have those been working out?

Many people spend most of their waking hours at work or thinking about work. In the dim chill of a Monday morning in January, the prospect of another year at a job that fails to satisfy can be daunting, if not downright depressing.

Is it time to ask for a raise, or to look for a new job? Or do you just want to be happier where you are?

Asking for a raise

The impulse to ask for a raise may have come the moment you learned what that lazy co-worker was making. But that doesn’t mean you should walk into your boss’ office and deliver an ultimatum.

Experts have told New York Times reporters over the years that preparation is critical to improving the chances of success when asking for a pay increase.

Research salaries in your field, collect your “attaboy” or “attagirl” testimonials, rehearse your arguments (yes, finding a friend to play the boss will help) and don’t chicken out and make your request via email. Set up a specific time to meet with your boss and signal that it will be an important conversation, one management expert said.

How should you approach the talk with your boss? 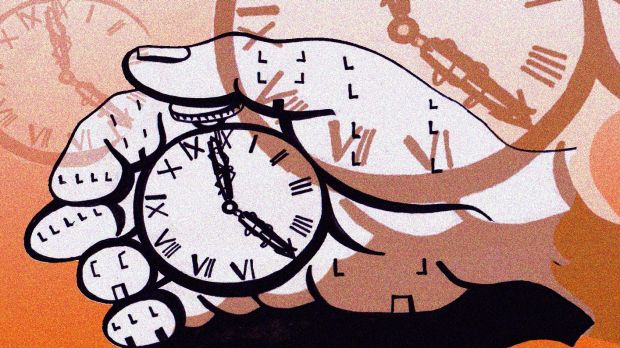 “You’ve got to go into these discussions with a clear sense that this is something you have earned, not a gift from your boss,” said Kenneth Siegel, an industrial psychologist and president of the Impact Group, a leadership consulting firm. “Focus on what you’ve earned, not what you deserve.”

If your company is going through layoffs, that doesn’t necessarily mean you have to keep quiet about seeking a pay increase. If you still have your job, that probably means you’ve been handed more responsibilities. You may be doing yourself a disservice by not speaking up.

Be prepared if your boss says a pay increase is out of the question – she may be willing to offer more holiday time or a better work schedule instead.

Finding job satisfaction may require more than a higher salary: it might mean packing up and taking your work elsewhere. Quitting can be the first step toward reinvention.

The Times reviewed three books that encourage unhappy employees to walk out the door and start again. The process may be a struggle, but these books point to success stories.

In Mastering the Art of Quitting, for example, Peg Streep and Alan Bernstein reject the “myth of persistence”. The book, said our reviewer, Liesl Schillinger, “breaks down obstacles to quitting, illustrated by exemplary stories of men and women who had the courage to gracefully quit jobs that did not satisfy them”.

App developers are getting into the job-hunting act in a big way. The Times’ App Smart column reviewed several new job-search apps, including one, Indeed, that gathers job postings from a wide range of sites and makes them all easily searchable and viewable.

Another app, Switch, “is designed to work a lot like the dating phenomenon Tinder: job listings matching your interests are presented as one-page summaries, and you swipe left if they are not for you, and right if you like them,” Times columnist Kit Eaton wrote.

But remember, a job in hand may be worth two in the listings.

The Times’ Workologist column recently answered a letter from a reader in a “do-nothing” job. Rather than wait for the position to be eliminated, the reader asked if it made more sense to ask to be laid off. The reply: be proactive and propose new projects or initiatives to the boss. A new job search may be inevitable, but don’t give up the current position without at least a modest effort at reinvention.

Gallup regularly asks people if they are “engaged” at work, meaning involved in, enthusiastic about and committed to their job. Fewer than one-third said yes in the most recent poll.

To reverse this, a group called the Energy Project wrote in the Times about how employees are vastly more satisfied and productive if four core needs are met: physical (opportunities to renew and recharge at work); emotional (feeling valued for contributions); mental (being able to focus on important tasks and define when and where to get work done); and spiritual (doing more of what they do best and enjoy, and feeling connected to a higher purpose at work).

If you aren’t happy at work, don’t assume things will naturally get better. Instead, according to professors Bill Burnett and Dave Evans, take the initiative to explore changes. Their process, described by Steven Kurutz in an article in September, is experiential – they urge trying new things and add that failure is part of the exploration. If the first step feels like a good fit, the authors say, take it a bit further.

Don’t assume that there’s one optimal version of your life, they say, and that if you chose wrong, you’ve blown it.